I am setting my MacOS fresh again and setting up my terminal. I wanted to use neofetch to get a nice-looking terminal prompt. But upon running brew install neofetch, I got the following error:

Apparently, this happens because I am using a Mac M1 with an ARM processor. As explained on stackoverflow

Homebrew needs to be installed in two places on Apple silicon:

How I solved it

Following those steps below fixes the error for me.

I ran the following for my use case above for neofetch.

I can then install neofetch as expected. 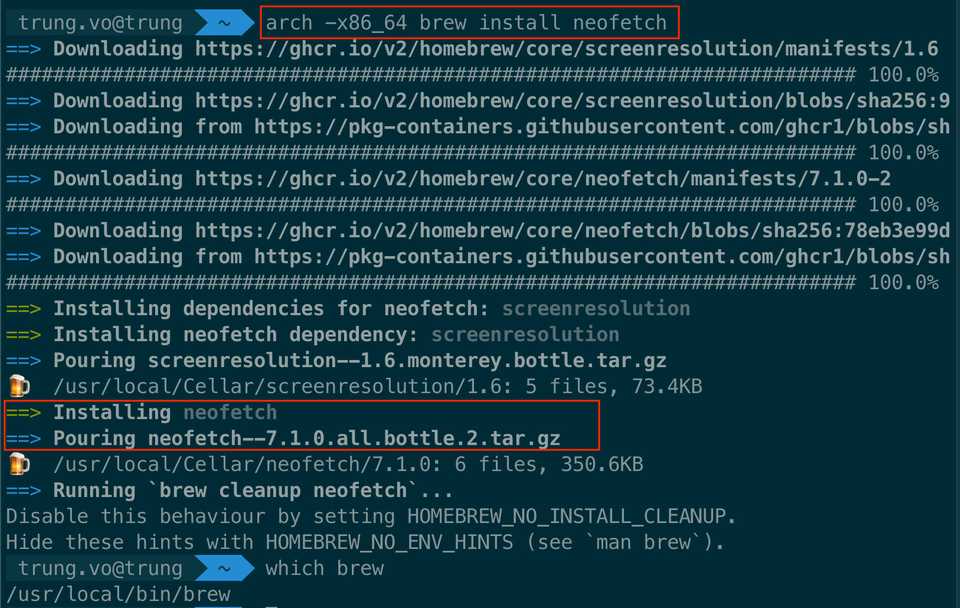 In the comment, rahul suggested that you should add an alias to your .zshrc file for future convenience.

Therefore the above install command will become

⚠️ Because zsh runs the binary in /usr/local/bin by default. Running brew86 will probably change the location newly installed application to /usr/local/homebrew/bin/brew.

You must also add the following to .zshrc so that zsh recognizes the binary in the new location.